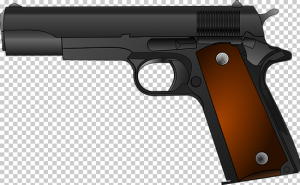 Besides the legal issue of having a state-approved concealed carry permit there are also several other advantages to having a permit for firearm owners.

If you are a firearm owner who conceals and carries a weapon on you or in your vehicle, it is a decided advantage if you 0get pulled over by a police officer.

In some states, your weapon could be confiscated or you could be charged if you do not have a concealed carry permit for your firearm.

If you show the officer a concealed carry permit, the officer knows that you have fulfilled the requirements necessary to obtain that handgun—like a background check and a firearms safety course. The permit attests to the fact that you know how to operate, store, and maintain your firearm.

It’s a wise plan to give the officer both your driver’s license and your CCW permit at the same time. In some states you are required to inform the police that you are licensed to carry and have a weapon on you or in your vehicle.

Many firearm owners conceal carry legally. However, a surprising number of people are shocked, concerned, or fearful around those who are armed. They are far less afraid, suspicious or uptight if they know you have a permit to carry a weapon. If these leery people report to the authorities that you are carrying, police can see quickly and easily that you have a legal right to do so.

Displaying a concealed carry permit to the authorities gives you extra protection. It reassures everyone.

Many states that allow firearms without restrictions will allow concealed carry weapons in places like schools, restaurants, courthouses, and national parks if your firearm has a permit.

Here’s one example: Arizona also CCW permit holders to carry handguns in bars, restaurants as long as the owner doesn’t drink. This is not a given. It varies from state to state. Check with the area before carrying.

What weapons owners have to do and learn in order to obtain a CCW permit often saves lives. Licensed firearms owners have knowledge of the safe handling, shooting, and storage of their handgun. Some states require a proficiency test and many require gun owns to complete an eight-hour firearms safety course.

Why? It’s simple! The permit holder has already undergone a background check when he applied for his concealed carry permit.

Even if your state does not require a CCW permit, it’s a good idea to qualify anyway. The benefits are obvious.