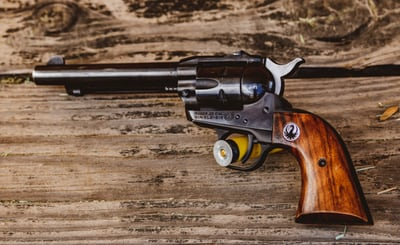 As  of January 1, 2020 the state of Tennessee has a new gun law. It is aimed at making it easier for people to get their concealed carry permits.

Previously, in order to acquire a concealed or open carry permit, applicants had to take an in-class eight-hour program at a designated location. For those who did not live near an urban area, this often meant traveling a distance.

It also often required the applicant to take a day off work.

That permit still exists. It has been renamed an “enhanced” gun permit. The  enhanced permit costs $100 including the instruction costs. This permit allows for both concealed and open carry.

The new permit is for concealed carry only. To get this one, you can apply  online to one of the instruction facilities approved by the state department of Homeland Security. The course takes about ninety minutes to complete. There is a test at the end.

This is the first part of the new Tennessee concealed carry gun permit. Within the year, successful applicants must also take and pass a gun safety training program at an approved facility.

Slightly cheaper, the new online concealed carry permit is also a lot more accessible to Tennessee residents who do not live near a center where in-class instruction is held. It does not require travel or time off work.

There are several benefits to having a concealed carry permit in Tennessee.

First, whether it is an online or in-classroom instruction for your permit, you learn a lot about accurate shooting, gun safety, gun maintenance, and operation, repair and gun cleaning. With both Tennessee carry permits, there is a gun safety course with an approved instructor. Your permit assures you and others that you have the knowledge and skills to concealed carry a weapon.

A growing number of states are opting into the Concealed Carry Reciprocity legislation. Thus, your Tennessee concealed carry permit would be honored in many other states.

In Tennessee, you must have a valid permit to concealed carry. If you don’t have one, you are breaking the law when you concealed carry. You will be charged, fined, and you could lose your weapon.

If you plan to carry your weapon in your vehicle for safety on the road, the fact that you have a concealed carry permit for that handgun immediately puts law enforcement at ease if you are stopped. Always carry your permit and present it to police along with your driver’s license and vehicle registration.

If you are around those who do not carry, the fact that you have documentation that allows you to carry a weapon settles their minds and eases their apprehension.

For more information on taking an approved online course toward achieving your Tennessee concealed carry permit, click on: http://www.nationalcarryacademy.com.