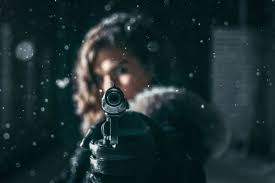 With the start of the new year, Tennessee introduced a second option for those who wanted a concealed carry permit. Faced with two options, some gun owners are unsure which permit is best for them.

Residents of Tennessee have had a carry permit. This document will now become known as an enhanced permit. Upon completion of an eight-hour in-class instruction including time with hands-on practice, and successfully passing both the classroom test and firing accuracy test, the applicant can pay the hundred-dollar permit fee and get what is now known as the enhanced carry permit.

As of January first, getting a Tennessee concealed carry handgun permit has become faster, less expensive and easier to obtain.

The cost of the permit is thirty-five dollars cheaper. However, this does not include course costs. Because travel is not involved, there is a financial saving here too.

In order to obtain the new concealed carry permit, residents of Tennessee can take an online of about ninety minutes in duration. While there is some test required, it is not as lengthy or rigorous.

The online course does not have a hands-on shooting component. Applicants can take the course anywhere and at any time of day or night. For those in remote areas of the state, getting a concealed carry permit just became more manageable. No long trips to an instructional center.

If the gun owner intends to concealed carry only, the fact that the enhanced permit allows for open and concealed carrying will make little to no difference.

For those with full-time jobs, shift work, and/or family responsibilities, the fact that they do not have to give up an entire day, plus travel time to take the day-long in-person course will be appealing.

The new permit doesn’t allow open carry nor carrying a firearm on campuses of colleges and universities. The enhanced permit does allow for concealed or open carry on higher education campuses.

Not everyone is informed about the new course. Many who are preparing to apply for a carry permit can’t decide whether to choose the new Tennessee Concealed Carry permit or to select the already-established “enhanced” permit which would allow them to both open and concealed carry.

Others are concerned that those who opt for the slightly cheaper, easier, and faster permit option are not going to get the hands-on, live firing practice and gun safety training that the in-class course offers.

Anti-gun groups see the new permit as a watering down of standards which, they contend, will result in less responsible, more poorly trained gun owners.

Those who wish to become a course provider must submit applications to the department of Homeland Security. Some vendors have already been approved to provide ninety-minute online courses for applicants who wish to obtain the new Tennessee Carry Permit online.