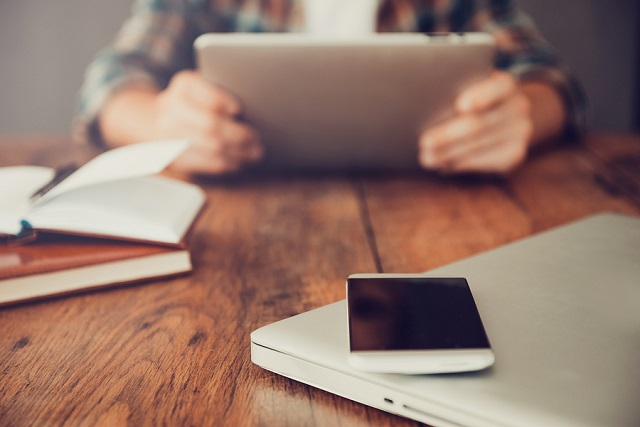 Taking a concealed carry class online is very convenient. Most often, these courses include a video and a test. Prices vary with the presenting instructor but most online courses run around $20.

The test is often multiple choice. If you fail it—either in the classroom or online—you can retake the test.

Many who took the course admit it requires little effort to pass the online course but they also admitted they were familiar with guns. They merely needed a permit.

Some states with online permit courses also require portions of the concealed carry permit course to be done in person. This happens during regular work hours in limited locations. Many of the residents are thus penalized because they would have to travel several hours to get there and/or they cannot afford to miss work.

For applicants who already know the material, having to sit for hours in a classroom dealing with information they already know is tedious, boring, and a waste of time. For this group, an online course is ideal.

The online course will typically cover safety, the parts and function of the handgun. It will explore how to use, maintain, clean and repair your handgun.

Many online courses—as is the case in Tennessee—require applicants to take a gun safety course within a year after getting their concealed carry permit.

Anti-gun groups feel that online courses sidestep the vital firsthand learning and demonstration of gun handling and gun safety skills. Having new permit holders qualify in gun safety sometime in the following year seems wrong to antigun groups. They draw the analogy that  new drivers are not allowed to drive until they have studied highway laws and passed a written test. This part could easily be completed online. However new drivers must pass an actual driver’s test with an instructor on real roads in a real vehicle before they are allowed a permit to drive. Shouldn’t gun owners have to do the same before they obtain a concealed carry permit, anti-gun groups argue.

Anti-gun groups argue that it is this hand-on, real-time demonstration of actual gun skills and knowledge of handgun safety that is missing from the online concealed carry permit.

Of course being comfortable with your gun, your holster, your clothes, and your ability to draw, aim, shoot, and re-holster are all part of responsible everyday concealed carry. However, like with new drivers, when are you going to be given the license to operate your weapon? How much experience and expertise are you going to have to demonstrate with your handgun or your car before you’re allowed to use them? Who makes this decision?

Shouldn’t concealed carry—like driving—be a privilege you are permitted to exercise and to become more and more adept at?

Online courses, like that written drivers’ exam prove competency and understanding of the rules. Perhaps there needs to be an immediate hands on component. But, this doesn’t negate the effectiveness, ease of use, and legitimacy for the online instruction and test for concealed carry permit.

For more information on taking an approved online course toward achieving your Tennessee concealed carry permit, click on: http://www.nationalcarryacademy.com.